An estimated 3% of the world population is infected with hepatitis C virus, a chronic infection that damages liver and kills over 15,000 people annually in the U.S. alone. Luckily, new drugs are making big improvements in the way the disease is treated, and with each new pill approved by the FDA hepatitis C can be cured faster and with fewer side effects.

Given how rapidly the new medications appear on the market, it is not uncommon to meet a general practitioner who still thinks that hepatitis C is treated with interferon and ribavirin – or even believes that the treatment isn’t necessary unless the patient’s liver is severely impaired. And no wonder- with the treatment efficiency at about 50% along with a hefty list of serious side effects, it was the best recommendation the doctor could give only five years ago. It is shocking, however, to see how the situation changed in these recent years!

In the 70s, at the very dawn of hepatitis C era when the virus was only just discovered, there were very little to no means to test if a person had the virus. All we knew back then is that one suffered from non-A, non-B hepatitis. Obviously, it was pointless to talk about a “cure” if we couldn’t check what exactly the patient had in the first place.

Now when all sorts of tests exist, it is important to understand how the hepatitis C virus is detected before going on and discussing how it’s treated.

When it comes to hepatitis C, the very first test is ELISA (enzyme-linked immunosorbent assay). This test, commonly performed when screening blood donors, shows the presence of the antibodies to hepatitis C.

If hepatitis C antibodies are found, the patient then does another test that looks for actual RNA of the virus in the serum. Approximately 30-40% of people who test positive with ELISA don’t actually have the virus in their bloodstream; that is, the ELISA test is a false positive. The rest are found to be suffering from chronic hepatitis C infection.

Positive Hep C Test? But Is It, Really?

Simply testing positive does not mean that the person has a chronic hepatitis C infection. For instance, similar ELISA tests can be performed to see if one has the antibodies for chicken pox. If the answer is yes, it only means that the person was in contact with the disease at some point – not necessarily that he or she is currently itchy and covered with red spots. What makes a hepatitis C case much more complicated than, say, chicken pox, is that acute hepatitis C infection easily turns into a chronic one.

Can Hepatitis C Be Cured?

And what is the definition of “cured”, exactly, when it comes to hep C?

The purpose of HCV treatment is to reach SVR (Sustained Virological Response) – a condition when the virus RNA is not detected in the patient’s serum after the completion of the therapy.

SVR12 means that the virus wasn’t detected 12 weeks after the end of the treatment course. SVR24 refers to the absence of the virus six months after the therapy.

When the main treatment consists of interferon-ribavirin, the patients are considered “cured” if they reach SVR24. This is because it took longer for the immune system to go back to its normal levels after interferon treatment, and there were chances that the virus might still come back once immune defense drops.

Today, when antiviral drugs directly stop the virus from replicating, SVR12 is considered a reliable enough sign. Large prospective studies show that in more than 99% of patients followed up for 5 years or more, SVR12 is a durable marker for HCV cure.

In other words, once SVR is achieved, the patient no longer has hepatitis C virus in their bloodstream and, therefore, won’t have the virus destroying the liver. Studies show that achieving SVR decreases liver inflammation, can lead to significant reduction of existing fibrosis and, eventually, reduces the risk of liver cancer.

Not only a better initial liver condition increases the success rates of the treatment, but also initiating the therapy in patients with lower-stage fibrosis augments the benefits of SVR. Hepatitis C treatment should be considered as early as possible, says the study of 820 patients monitored for up to 20 years.

On the other hand, no virus in the bloodstream means that the person can no longer transmit the virus to others! From this point of view, curing every individual actually benefits public health. Mother-to-child transmission also can’t occur, so there’s an added benefit of curing the woman before she becomes pregnant.

The last, but not least, eliminating HCV actually eliminates the perception that the person might be contagious. This is a great benefit to a family, to sexual partners, and, most importantly, to a patient itself. It boosts confidence, increases self-esteem and quality of life overall.

Nowadays, the success rates of modern hepatitis C treatments go as high as 90-100% and the side effects are very mild or practically absent. So yes, it is totally possible to get rid of the disease for good.

The Cost of a Cure 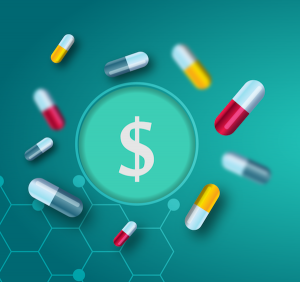 Finally, there is an effective cure for hepatitis C. The fact that a cure exists, however, doesn’t necessarily mean a road to a disease-free future for everyone. This may seem unfair, but when it comes to reality, the cost of the cure and its availability also plays a role.

Sadly, all the breakthrough hepatitis C treatments come at a price that puts them out of reach for the most of the patients. Even with fierce competition between big pharmaceutical brands, most of the combinations come with $1000 bill… per pill! For a complete 12-week course this adds up to between $75,000 and $90,000. This pricing strategy has prompted many heated debates and a wave of outrage from media, physicians and HCV advocates. The insurance covers some of the costs, of course, but for the majority of the patients it is unimaginable to pay even a quarter of this price out of pocket. In many European countries, where the social insurance pays the entire treatment, it’s even worse: the unprecedented treatment is rationed and reserved only for patients with severe liver damage. The rest of the infected population is left to wait – and to pray for their condition to become worse, so that they can finally get the drug as well.

Great video by AsapSCIENCE explains the difference between brands and generics in plain English.

To respond to criticism from HCV advocates and numerous NGO’s about aggressive pricing strategies, some of the big pharmaceutical companies signed voluntarily license agreements with several generic manufacturers in India. These licensing agreements allow the latter making and selling copies – the licensed ones that are just as effective as the brands – at a fraction of the original price.

We can only speculate rumors about intelligent strategic decisions or about empathy for people in developing countries. However, rest assured, the pharmaceutical giants aren’t entirely losing out on these agreements; the agreements impose multiple restrictions on generic manufacturers. One of the most significant ones? These generic copies can only be sold in certain – obviously poor – countries, and only with prescription from local hepatologist. To sum up, everything is done so that the affordable hepatitis C generic drug cannot be shipped to the U.S., and so that it makes it more difficult for a U.S. patient to acquire their necessary treatments.